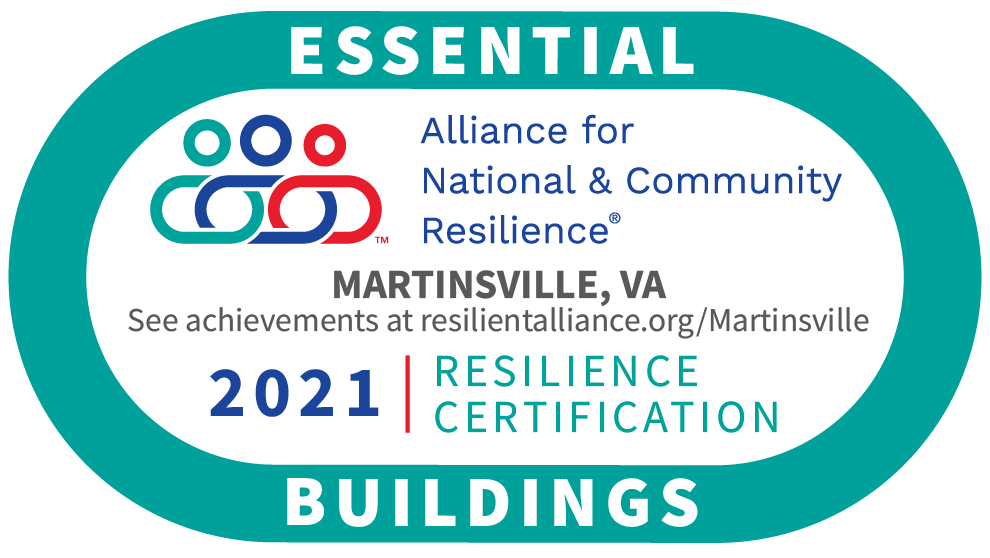 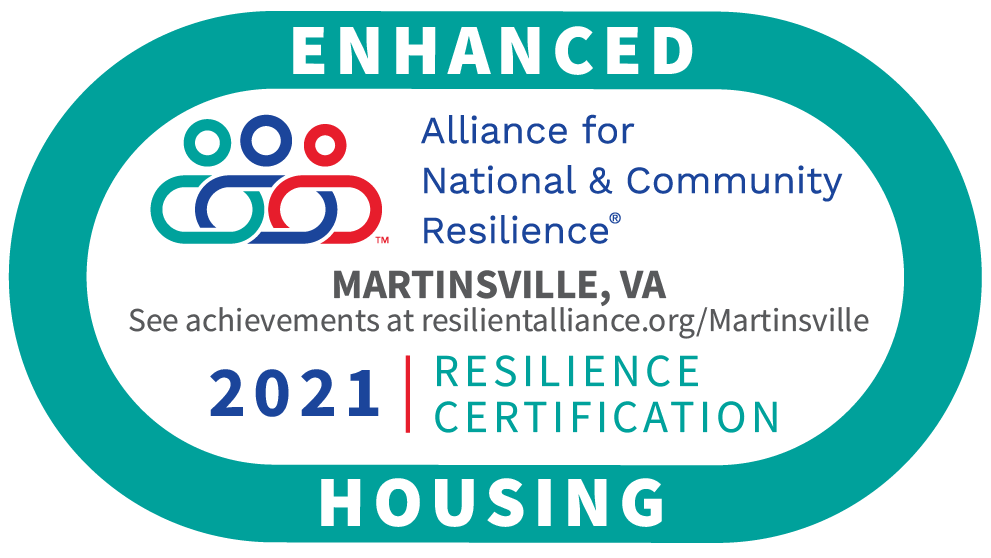 Martinsville, Virginia is a city of approximately 15,000 people in the greater reaches of Roanoke and Blacksburg to the north and Winston-Salem and Greensboro to the south. The City of 10 square miles is nestled within the rolling piedmont hills of south-central Virginia flanked by Jones Creek and Mulberry Creek that feed the Smith River on the City’s southwestern edge.

The pilot benchmarking process illuminated practiced and inherent strengths in the City’s policies, programs, and approaches to community resilience. Martinsville had much to show for many years of methodical administration of building safety codes, training of personnel, and crafting and practicing emergency management plans. Partnerships across city departments and with local and regional institutions have created nested institutions at various scales that are making the most of the limited resources of a small jurisdiction in a rural county. Policies and programs at the state level in Virginia not only guide building safety standards, licensing requirements, and emergency management schemes but also provide a wealth of resources for education and training and relief, when needed.

The benchmarking process inspired new actions to establish resilience as a clearer ambition for the city, its programs, and personnel. Interdepartmental collaboration formalized informal protocols and introduced new methods such as more formally tracking permit violations and initiating internal best-practices that screen for environmental justice in policy making and in development decisions.