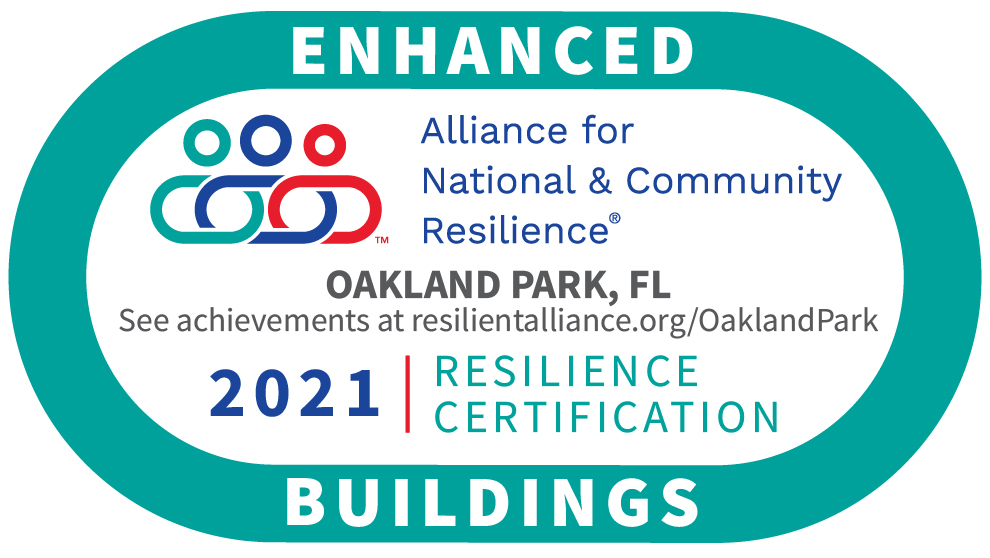 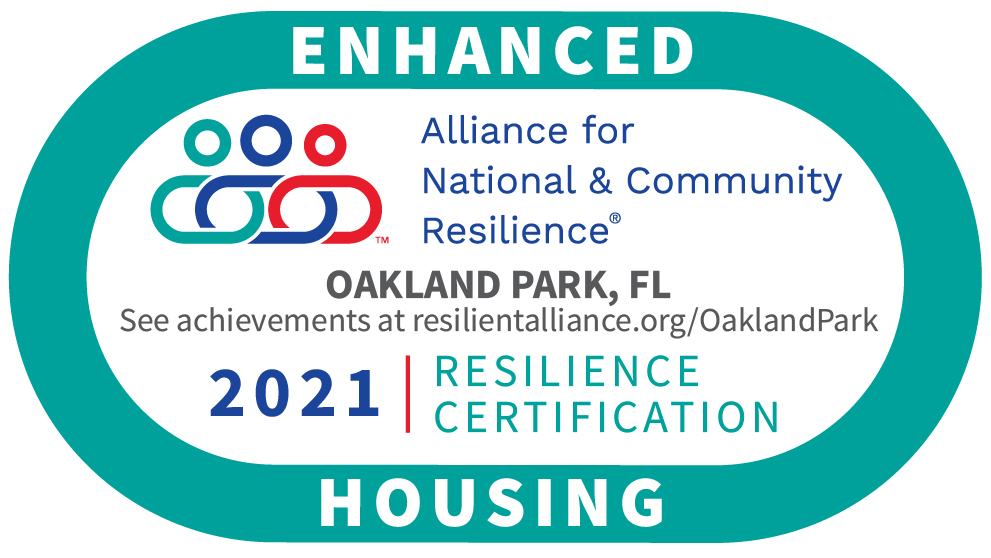 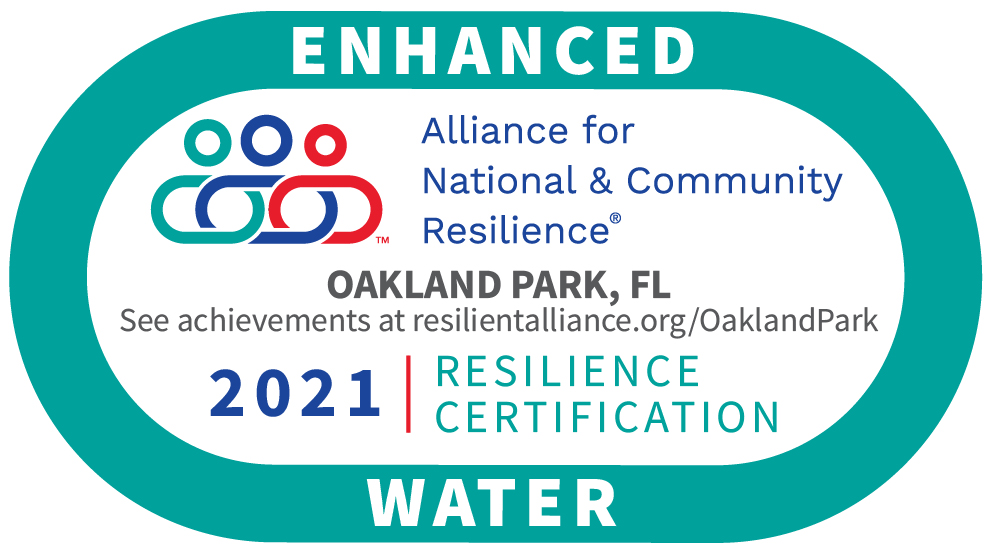 Oakland Park, Florida is a city of approximately 45,000 people located in Broward County north of Fort Lauderdale in southeast Florida. The City of 8 square miles, situated just west of the Atlantic Ocean, boasts wonderful parks and recreation facilities, an independent library, and numerous canals, rivers, and lakes. Once proud to be “a small town in a big city,” Oakland Park is now a “city on the move.”

The pilot benchmarking process illuminated practiced and inherent strengths in the City’s policies, programs, and approaches to community resilience. Oakland Park highlighted their emerging community growth through proactive administration of building safety codes, climate adaptation strategies and collaborations, and developing and implementing emergency and stormwater management plans. Partnerships across city departments and with the City of Fort Lauderdale and Broward County have established strong institutions at various scales and a network of systems that serve the greater southeastern Florida community. Policies and programs at the state level in Florida not only guide building safety standards, permitting requirements, and stormwater and emergency management schemes but also provide a wealth of resources for education and training and relief, when needed.

Oakland Park is looking to the future to replace and modernize the City’s aged and outdated facilities to better meet the needs of the community for the second century of its existence. The benchmarking process inspired new actions to establish resilience as a continued ambition for the city, its programs, and personnel. Interdepartmental collaboration formalized informal protocols and introduced new strategies such as implementation of an asset management system, development of a new stormwater master plan, and the City’s Facility Modernization Plan.